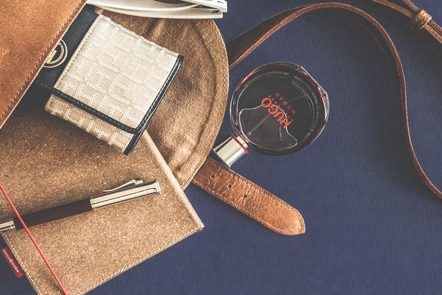 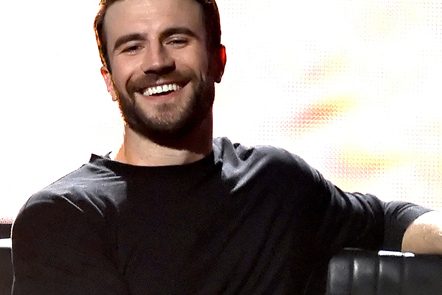 If you have seen country music heartthrob, Luke Bryan in concert since 2015, then you have probably seen Zac Rossi, working an on-stage video camera. These days, you can find Zac on the road with Dustin Lynch, in a more behind the scenes role as Director.

In this Country Clones exclusive, we go behind the scenes with Zac Rossi, Director for Dustin Lynch. Keep reading to discover a day in the life of concert director.

Zac Rossi grew up in Saratoga Springs, New York, where he developed his love for music. He learned to play guitar at a young age, and still freelances for different country artists in songwriter rounds in Nashville. In college, Zac earned his Bachelor’s Degree in Music Industry and minored in Guitar Performance. Shortly after college, Zac packed his bags and headed for Music City.

Zac has been working on the road, touring with country music artists since for six years now, but has been in and around the music industry for more than a decade. Prior to his role as Director, Zac began his music career, gigging as a guitarist as the mere age of 16 years old. When it comes to music, Zac has taste for a little bit of everything. Some of his favorite bands include Dream Theater, Incubus, Seal, Stevie Wonder, Stevie Ray Vaughan, John Mayer, Brian McKnight, Boyz II Men, Sevendust, Foo Fighters, The Beatles, Prince, Dave Matthews Band, Steve Vai and Joe Satriani.

Catch Dustin Lynch on tour in 2018 when he comes to a city near you, and read our blog with Luke Bryan’s touring photographer.

Country Clones [CC] | How did you get to be a show director for Dustin Lynch?
Zac Rossi [ZR] |  I earned the opportunity to be the director for Dustin Lynch in 2015 and 2016. While I was touring with Luke Bryan, Dustin was our opening act for those years. I worked his set as a handheld camera operator in 2015 and then as his director in 2016. I put a lot of creativity and work into his set and we built a friendship from this experience. When he decided to put together a production for his “Ride or Die Tour” he and his production team hired me to become his director.

CC | What kind of responsibilities does being a show director entail?
ZR | My job responsibilities include setting up a video wall for the show, making sure the video content is working properly and fires on cue, setting up cameras and ultimately cutting a really great show for him and his fans.

CC | What is a typical day on the road like for you?
ZR | A typical day on the road for me starts around 7:15am with a cup of Death Wish Coffee. (If you haven’t had any, get some!) Then I usually walk into the venue and scope out how and where we will hang the video wall. This is a crucial part of my morning due to the wall being the only video surface we carry. Once 9am hits, load in starts. My assistant Jonathon Burns and I usually start staging where our video world will live once it comes off the truck and then we start building the wall. The build is usually 45 minutes to 1 hour depending on how long rigging and repairs take. After the wall is built and working, we then set up cameras and run our cables to make sure the cameras power on and then set up our shots. Once those are done, it’s lunch time…Yummy…..After lunch, we then test out the front of house main camera and the stage right handheld camera. If they are working, then we are show ready. Around 2:00pm, the band and Dustin will sound check and we will run over the top of the show video cue to make sure myself and the tracks are in sync. If that is all working, then my day is done until show time. In the evening, I have my dinner then get into focus for the show. Our set is usually around 9pm and before that I do a white balance with the cameras which is making sure the white and black levels for each camera are correct. I then say a quick little prayer and then it’s go time once I hear the click count in my ear mix. From then on, it is Dustin’s show and I sit at my director’s rack and switch between cameras and content while telling the camera operators what kind of shots I want. After the show is over, it’s time for load out where we strike and pack up all of our gear to get it shipped to the next venue. I then take a shower, and then drink a protein/BCAA mix to recover from the day and then crawl into my bunk for some sleep.

CC | What do you enjoy most about your job?
ZR | What I enjoy most about the gig are the shows that we have been doing. Dustin has a lot of hits, energy and stage presence and to be a part of his show is a very exciting and humbling experience. He gives the crowd their money’s worth.

CC | How do you pass the time on the tour bus?
ZR I usually pass the time on the bus in a couple of different ways. One way for sure is getting a power nap in to make sure I’m good to go for the show. Other things I like to do are read, listen to my iPod, practice guitar, watch movies, chat with my tour mates and work out. I like to keep myself loose before the show starts similar to how a football player approaches his pregame routine.

CC | What does the size of the show mean for your role? Do you responsibilities change if it’s a big show vs a small show?
ZR | In terms of size of the venue, my role usually never changes. Sometimes, we will play a venue that provides another set of video screens which means more creativity with the show. Since we have only one video wall, I am limited with what I choose to put on there, but if I have multiple surfaces I can put Dustin and the band guys all over the place. Think of it like directing two shows at once!

CC | Do you still go to concerts as a fan?
ZR | I still go to concerts as a fan. Most recently, I saw one of my favorite bands, Dream Theater in concert. They are a progressive metal band and their guitarist is one of my heroes. They are currently on the 25th anniversary tour for their album “Images and Words” and it was a glorious 3 hour set that had me out of my seat from start to finish. I have even bought tickets for a show next year in Nashville which is Brian McKnight with the Nashville Symphony. It’s hard to go to shows since I’m on the road the majority of the year, but when I get the chance to go I take it all in. Plus, it’s not work for me! I still enjoy going to concerts as an attendee because that’s what I used to do as a kid in my hometown and it’s what piqued my curiosity about this industry. We have a local amphitheater in my hometown, and every summer I would go see shows there. My friends and I made it a summer activity and nothing beats the sensation of going to see your favorite bands and artists perform and hearing them play the songs you fell in love with.

CC | What would you be doing if you weren’t in the industry?

ZR | If I weren’t working in the Music Industry I would be pursuing a career
as either a voice actor or building rides for theme parks.