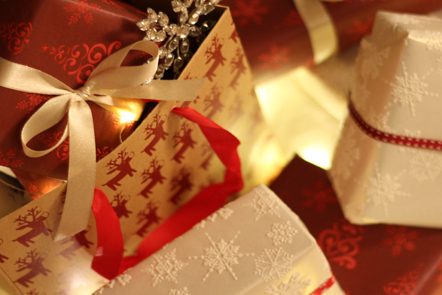 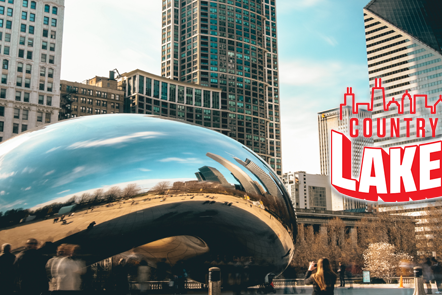 Adam Doleac | Artist of the Month

Before Adam Doleac was a rising country music star, he was building a name for himself as a star athlete in his hometown. Growing up in Hattiesburg, Mississippi he spent much of his free time on the golf course and shooting hoops on the basketball court. In high school, Adam’s sports skills earned him college scholarships for golf and basketball, until he was persuaded into playing baseball as a senior.

Adam went on to earn himself another scholarship, for baseball, to the University of Southern Mississippi. He accepted and went on to win three baseball championships in four years, which included a trip to the College World Series in 2009. According to his official website, attending college at the University of Southern Mississippi is where he learned his first guitar chords.

In 2010, Adam penned his first country song during a trip to the Dominican Republic. He then went on to write four more songs before his baseball career was replaced with pursuing country music full time.

After college, Adam moved north to Nashville, to focus on a country music career.

In 2015, Adam signed a publishing deal with Sony/ATV, and has since written more than 200 songs, including hits for Darius Rucker and Kane Brown. Other chart-topping country stars like Kenny Chesney, Rascal Flatts, Justin Moore, and David Nail have also put Adam’s songs on hold for possible future recordings.

Since 2015, Adam has been working his tail off, playing more than 400 shows throughout the United States. His recent single, Whiskey’s Fine, has steadily climbed the country music charts, and he just released his newest single, Some Girls, which is our favorite song of his thus far. We can’t wait to watch Adam’s country music career take off.

Listen to more of Adam Doleac’s music on the Country Clones Spotify playlist.

CC | Describe your songwriting process? Are there certain times of day you like to write, with specific people, etc.? Where do you get your inspiration from?
AD | I write for a living, and I generally start writing around 11 am every day. I do have a favorite group of people with whom I’ve been writing for about five years now. You quickly find out who you do and don’t work well with – and out of whom you get the best songs. As a touring musician who is frequently out on the road, I get to see a lot of different places and people. The road is my favorite inspiration and where I get the ideas for most of my song titles. While I’m out on the road, I normally just write down titles and ideas, and when I get back to Nashville, I work with my favorite people to translate my ideas into actual songs.

CC | You’ve written more than 200 songs. Tell us how you felt when you first heard one of your songs was picked up by another artist?
AD | Kane Brown was the first artist to record one of my songs, and that was a really cool feeling. You write music so other people will love it, but in this case, Kane was a buddy of mine. It was almost like giving a song to a friend, which was great. It’s what I love to do. Having a Darius Rucker cut recently was really, really cool. I grew up listening to Hootie & the Blowfish and idolizing Darius Rucker, as did many other people. Darius had never met me before and had never heard any of my work. The fact that one of my songs moved him so much that he chose to put it on his record. He could have chosen any song in Nashville, and that’s is a feeling that will never be forgotten. It’s all still very new to me. I love it and can’t wait to do more of it!

CC | What song means the most to you, that you have written?
AD | One of them would undoubtedly be “Don’t,” which is the song that Darius Rucker cut. While he only recently cut it, the song is actually a couple years old. I’ve been able to take it around the country and play it for thousands and thousands of people. Every show, there is always one song that people comment, “Hey, what was that song? We love it, we love it!” For me, that was always “Don’t,” and it was one of my favorite live songs. It was a hard one to give away, but it found a great home with Darius Rucker, and he sounds great on it!

The other song that means a great deal to me is “Whiskey’s Fine.” I wrote that song with my good buddy Monty Criswell, and it was very much me. More importantly, it was the first time I had a single put out to radio, which is something I’ve been trying to accomplish for years. Seeing that song come to life, get on the radio, and really resonate with people was a very special moment in my career.

CC | The style of new country music is always changing. Where do you see the style of country music in five years?
AD | I think country music is rapidly changing, and it’s getting broader and broader. There aren’t many guidelines as to what country is now. Thanks to Spotify, I think country music is going to continue to change, evolve and get broader. I think more and more music is going to be considered “country,” and I think maybe you’ll have a split off into the contemporary (the Florida-Georgia Lines and the hip-hop country that is happening) and the more traditional (the Chris Stapletons and the Brothers Osbornes). It may even turn into two distinct sections of country. I think the basis of country music – where country came from and the good songs we all grew up listening to – is going to come back around, and be more important than it is now. Ultimately, the best songs are going to rise to the top. That’s what I’m hoping for, at least.

CC | How has the rigorous college baseball schedule prepared you for becoming a country music artist?
AD | I think there is a definite correlation between college athletics and country music. When you play a Division 1 sport, you have to dedicate a significant amount of time to it, and you have more to do than the average student. Not only are you going to school, you also have a full-time job playing baseball. It teaches you to manage your time, figure out how to prioritize your tasks, and get a lot of things done in a limited amount of time. Music is the same exact thing. You’ve got things coming at you all the time, and you’ve got to know how to get them done effectively and efficiently. Baseball and music also correlate in terms of people. As a college athlete, you constantly deal with people, whether it’s fans after a game or interviews. Those experiences prepared me for radio tours and media days, and they helped me develop the ability to talk to people and make a good impression on them. Lastly, I tell people that I played in the College World Series in 2009, and I was very lucky I was able to get to do that. Walking into a stadium filled with 30,000 people is a feeling and a high that you can’t really compare to anything, and that’s what I’m chasing now with music. But, instead of playing baseball in front of 30,000 people, I want to play them my songs. I think there are numerous correlations between collegiate athletics and music, and my experiences in baseball definitely helped prepare me for a full-time career in music.

CC | What’s your favorite thing to do in Nashville?
AD | I’m on the road a lot, so my favorite thing to do when I’m in Nashville is not to go out to the bars, where it’s crazy, but to have a little house party or bonfire when all of my buddies are in town. I like to keep it low key – just have a couple drinks and catch up on what all we’ve been up to.